Minneapolis native John Raymond left for New York in 2009 as a young jazz hopeful on his way to grad school. He comes through this week as an accomplished and lauded musician with two albums to his credit and a third on the way.
His latest, “Foreign Territory,” has its hometown release Thursday at the Dakota. The reviews have been glowing. Writing for the New York Times, jazz critic Nate Chinen called it “impressive” and “a substantial leap forward.” The jazz magazine DownBeat proclaimed that “Raymond is steering jazz in the right direction.”
The new recording has the right stuff: strong concept, fine players, and music that straddles the line between straight-ahead and avant-garde. You don’t have to know a thing about jazz to enjoy these thoughtful, often beautiful, sometimes playful melodies and sonic explorations. 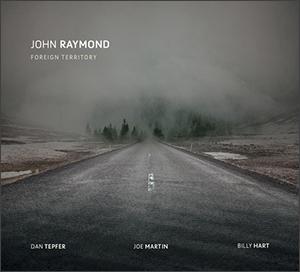 JR: The premise of the album is to take something familiar to us jazz musicians, and to jazz-educated audiences, and use it as a jumping-off point. To stretch it, change it, mutate and distort it and see where it goes. To take it into foreign territory. I think real magic happens on the bandstand, and for the audience, when you get into foreign territory.
What we’re going after is to be honest, spontaneous and in the moment. When you really have to use your ears and trust each other on the bandstand, exciting things can happen. That’s what makes jazz improvisation so thrilling.
MP: What will we hear Thursday at the Dakota?
JR: We’ll be playing all the music from the album. We’ll probably split it up over the two sets. The only addition might be a tune I first played with [Twin Cities-based pianist] Bryan Nichols last summer, a Charlie Haden tune called “Silence.”
MP: Why should people come to see you?
JR: I’m really excited to bring this band home and play this music at home. A lot has happened with me in New York, and in the past couple of years with this record, and I want to come home and say “Hey! Here’s what I’m doing. I still think about you all the time, Minnesota, and I still love you, and I want to share this with you because you had a part in this, too.”
Everybody hopes to have their hometown, their roots, cheer them on and support them.
MP: You’ve heard the saying that a prophet is never recognized in his own hometown.
JR: I know. I thought that immediately as I said that.
The John Raymond New York Quartet CD release show for “Foreign Territory” is Thursday, July 23, at 7 p.m. at the Dakota. Tickets ($25) are available online or by calling the box office at 612-332-5299.
This interview has been edited and condensed.