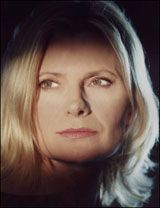 The third annual Twin Cities Polish Festival,  to be held this weekend on Main Street SE in Minneapolis, sounds like a splendid time, whether you're Polish or not. (Some 250,000 Minnesotans claim Polish heritage.) You can sip Polish vodka, pat Polish sheepdogs, watch Polish folk dancers, view Polish films, eat Polish food, join the Na Zdrowie (To your health!) 5K Run, listen to some Chopin, and hear a lot of polka.

In Chicago, she keeps fans on their toes by presenting Chopin's works in unexpected arrangements (with trombones, but no piano), singing in three languages (Polish, English, and Portuguese), and staying unpredictable. She can purr Jobim, put a Brazilian spin on Sting's hit song "Fragile," evoke fellow Chicagoan Patricia Barber, and turn a standard like "Blue Skies" into a sonic trip Laurie Anderson would envy.


I spoke with Auguscik by phone earlier this week.

Pamela Espeland: How did you first become interested in jazz?

Grazyna Auguscik: I grew up in a small town in Poland and didn't have a lot of places to hear jazz. Two music instructors at the cultural center were into jazz. I would participate in different music events, and they were my accompanists. I learned some American standards; I didn't speak English at that time, so it was very difficult. I had to learn them phonetically. That was my beginning. I moved to Krakow and started to play with jazz groups and tour around Poland and Western Europe. From there I moved to Warsaw.

PLE: You came to the United States in 1988. What brought you here?

GA: Music. A friend came first, and he brought a tape of my singing. I got a scholarship from Berklee [College of Music in Boston] and came here. I didn't plan to stay longer than one year – then I stayed four years. I studied at the same time as Kurt Rosenwinkel, Antonio Hart and Roy Hargrove. I had the opportunity to play with a lot of fantastic musicians.

I started to experiment with different instruments and musicians. But I was always interested in bringing folk and ethnic music to jazz. For my first recital, I sang a Polish folk tune, and my band was a guitar player from the Congo, a bass player from Israel, a drummer from Austria, and a keyboard player from California. I'd like to see those guys again.

PLE: From Boston, you moved to Chicago. Why Chicago?

GA: In Boston, I was studying and working at the same time, and I was very tired. In my second year in the States, I took a summer break, came to Chicago, started singing here, and met a lot of musicians. I felt this was a very friendly place for me — much slower than new York, less competition, more opportunity to find music work. The first club I performed at was the Green Mill, and I became part of the Green Mill family. It's one of the great jazz clubs in the world.

GA: Paulinho Garcia. I met him in 1995. He was doing a solo concert in a small place. When I saw him, I said — wow. He sounds so beautiful, and I know I can sound good with him. For the next four years, I kept asking, "Can we do a demo? Can we see how we sound together?" He was so busy. We finally did a demo and ended up with a record. We sounded great together, and that was the beginning of our duo. We have worked together ever since.

He's 100 percent Brazilian, straight-ahead Brazilian. Anything he does becomes Brazilian. He doesn't do what I do — I'm crazy, jumping from one part of the world to another, one kind of music to another, combining everything. What he does is very pure. He always tells me, "The new music, it's just a moment, only for today. But my music stays forever." He's right.

His playing is very percussive. You can hear the bass in his guitar. His voice is like another string of his instrument. It's so easy to work with him. We travel together everywhere and it's never a problem. He's a very good person, one of my best friends, and he makes the best coffee.

PLE: The two of you are bringing out a new CD soon, a Beatles project. Will we hear some of that music on Saturday?

GA: Absolutely. It's called "Beatles Nova," like bossa nova. We arranged the songs for two voices, then added bass and percussion. We harmonize over the tunes. Paulinho is a master of harmony.

PLE: Since this is a Polish festival, will you sing in Polish a bit more than usual?

GA: No, but I will sing some Polish. We don't have a lot of songs in Polish. We sing British music in English with funny accents. We'll do some Chopin, without lyrics, all scat singing. I might do some duets with [violinist] Adam. We'll do mostly Brazilian tunes. Warm, nice music, mostly relaxing. Very happy, very sunny.

PLE: Is there anything else you'd like people to know?

GA: I'm not a complicated person, and I drink straight vodka.

Posted by Pamela Espeland at 7:00 AM