The Great Black Music Ensemble will perform in Minneapolis. Here are 3 reasons to go.


The Great Black Music Ensemble (GBME) will make its Twin Cities debut at the Cedar on Friday, Sept. 6. These Chicago-based musicians are masters of improvisation and creative music. Here’s where we might add, “The GBME is like so-and-so, or sounds like so-and-so,” except there’s no comparison. They are wholly original.
The Cedar, the American Composers Forum (ACF) and the Schubert Club have partnered to bring the GBME here. This is a collaboration we don’t see every day: the eclectic West Bank music venue, the national service organization for composers and booster of contemporary classical music, and Minnesota’s earliest arts organization and presenter (mostly) of classical recitals.
The three nonprofits found common ground in wanting a Twin Cities audience to hear and experience this singular group – how it sounds and what it stands for.
For the ACF, Friday’s concert is a kick-off to its daylong Racial Equity and Inclusion Forum, which will take place Saturday, Sept. 7, at TPT. The forum is free, but reservations are recommended.
ACF President Vanessa Rose said in a recent interview, “I want nonwhite artists to have the platform and space to tell their own stories, write their own music, and be recognized on a greater scale than our organizations have done in the past.” The concert and the forum are steps in that direction.
Schubert Club Executive and Artistic Director Barry Kempton has been broadening his organization’s audience since 2014, when he launched a new series called Schubert Club Mix. Designed to take the formality out of classical music, the concerts are held in nontraditional venues and the music is a mix of old and new.
For the Cedar’s Executive Director David Hamilton, the chance to co-present the Great Black Music Ensemble “comes at an opportune time for the Cedar as we’ve started to expand our historical definition of global music by including more experimental and improvisational music and jazz in our programming.”
Those are their reasons. But what about you? Why should you spend next Friday night with a bunch of musicians you probably don’t know and music you for sure haven’t heard?
1. Because of who they are.
The GBME is the premier performing group of the Association for the Advancement of Creative Musicians (AACM). That’s a very big deal.
Founded in Chicago in 1965 during the Black Power movement and the civil rights movement, the AACM is an artists collective that nurtures and promotes experimentation, individualism, innovation and originality. It is a musical revolution that began more than 50 years ago, when free jazz meant cultural freedom, and continues today. Its contributions to modern music are immense and include thousands of hours of recordings.
A mind-blowing number of important and influential musicians have come out of the AACM.
Henry Threadgill won the Pulitzer Prize. George Lewis and Anthony Braxton are MacArthur Fellows. Jack DeJohnette, Muhal Richard Abrams and Roscoe Mitchell are NEA Jazz Masters. Mitchell is also a United States Artist Fellow. Wadada Leo Smith is a Pulitzer finalist. Nicole Mitchell, Threadgill, Smith, Abrams and Lewis are all Doris Duke Artists; Lewis is also a Guggenheim Fellow. His history of the AACM, “A Power Greater Than Itself,” won the American Book Award. Several AACM members are or were professors at major colleges and universities.
The mighty Art Ensemble of Chicago (whose motto “Great Black Music: Ancient to the Future” says it all) was formed by AACM members.
The AACM has spread to New York City. Its members, now numbering more than 130, are making new music all over the world. Its 50th anniversary in 2015 was widely celebrated in concert halls, at festivals, in museums and art centers, including the Walker.
2. Because of the music.
The GBME’s July performance at Chicago’s Pitchfork Music Festival was “an amalgamation of sounds that ranged from the fluidity of jazz improvisation to moments of pure funk, urging festival attendees to dance as much as they could” (Third Coast Review). Their music is filled with improvisation and invention, but it also draws from other black music traditions: funk, reggae, swing, African and Caribbean styles.
Here are two short segments from a performance by a larger version of the ensemble. The first is from a composition by Saleek Ziyad called “Ancient Creation.” It imagines ancient civilizations before colonization, and it’s played with such joy. The second is from “Move: An Afrofuturistic Ijó” by Tomeka Reid.
3. Because of who’s playing.
The GBME is intergenerational and flexible in size, ranging from three to 30 musicians. The group at the Cedar will be 13: Ernest Dawkins, soprano, alto, and tenor sax, and clarinet; Taalib-Din Ziyad, flute, alto flute, voice; Adam Zanolini, flute and bass flute; Ben LaMar Gay, cornet and electronics; Stephen E. Barry, trombones; Darius Savage, acoustic bass; Alexis Lombre, piano; Edward House, tenor saxophone; Dee Alexander, voice ; Sam Trump, trumpet and flugelhorn; Reggie Nicholson, drum set; Donovan Mixon, electric guitar; Art T. Burton, congas and bongos. The repertoire will be drawn from the great pool of AACM composers.
This will be the first time the GBME has performed in the Twin Cities, but AACM artists have played here often over the years – some at the Dakota and the late Vieux Carré, many at the Walker, where performing arts curator Philip Bither has long been a fan and supporter. Key AACM members Muhal Richard Abrams, Roscoe Mitchell, Wadada Leo Smith, Henry Threadgill and Douglas Ewart have all performed at the Walker, some several times. Threadgill celebrated his 75th birthday there earlier this year.
The relationship between the American Composers Forum and the Great Black Music Ensemble will continue beyond this weekend. On Wednesday, the ACF announced that three composers have been commissioned to write new music for the GBME: Elizabeth A. Baker, Adegoke Steve Colson and Rudresh Mahanthappa. Each will receive a $7,500 commission. The premieres will take place in Chicago in fall 2020 as part of the AACM’s 55th anniversary season. Sounds like a good excuse for a trip to Chicago.
Posted by Pamela Espeland at 1:13 PM No comments:

How heartbreak led to a breakthrough

The father of a child with health issues, Twin Cities musician Chris Thomson learned to trust his skills and rediscover the joy of creativity. 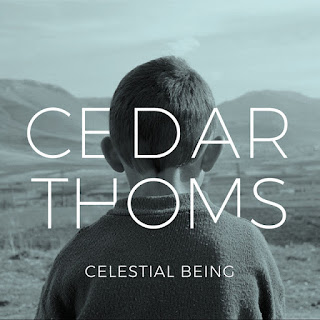 Posted by Pamela Espeland at 11:55 AM No comments: