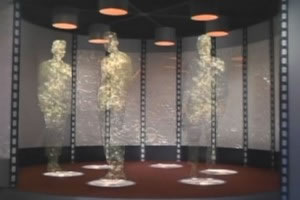 If I had a transporter, tonight I'd go to the Hollywood Bowl, where a jaw-dropping lineup of jazz greats will perform "Joni's Jazz," a program of jazz-based songs by Joni Mitchell.

I've been in love with Joni since I first heard "Chelsea Morning," or maybe it was "Blue Boy" or "Big Yellow Taxi" or "Woodstock" or "Conversation" or "River" (so sad!) or "A Case of You," one of the greatest love songs of all time ("I could drink a case of you/And still be on my feet"--check out Prince's version sometime).

And then there's "Goodbye Pork Pie Hat" from the Mingus album she credits with "kicking her out of the game."

Joni will not perform. Will she be in the house? What will Kurt sing?
Posted by Pamela Espeland at 1:40 PM