This press release from DL Media made me happy. Reminded me of back when there was a Mercedes-Benz Stage at the Twin Cities Jazz Festival, when it was held in Minneapolis. Congratulations and thanks to Chrysler for supporting this worthy cause. 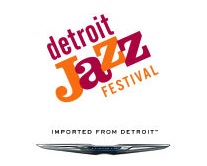 Today the Detroit Jazz Festival announced that the Chrysler brand will be the official presenting sponsor for the 2012 festival. The sponsorship is an extension of its successful "Imported from Detroit" campaign, celebrating the spirit and determination of Detroit and its residents.

"The automotive industry and jazz music both have rich histories in the city of Detroit. The partnership between Chrysler and the Detroit Jazz Festival bridges these great histories and brings key elements of our city together," said Gretchen Valade, chair of the Detroit Jazz Festival Foundation board of directors. "Welcoming Chrysler as a presenting sponsor, and hosting its vehicles for a ride and drive, further proves this year will be the best festival we've seen yet."

"The Detroit Jazz Festival is just one of the many jewels of this city, it draws international acclaim and lets Detroit shine," said Saad Chehab, President and CEO - Chrysler Brand, Chrysler Group LLC. "The Chrysler brand is proud to be a part of this celebration of music and people, which imports a little bit of Detroit to the rest of the world."

The 33rd annual Detroit Jazz Festival will feature a one-of-a-kind lineup of today's greatest jazz performers. The artists at this year's festival have been nominated for more than 200 and won more than 100 Grammy Awards, composed film scores and traveled the world to perform. The 2012 headliners include: