Music films at the Film Festival

The 2013 Minneapolis-St. Paul International Film Festival starts this week. From Thursday, April 11 through Sunday, April 28, more than 200 films from 60+ countries will screen at the St. Anthony Main Theatre on the Mississippi riverfront, including 14 films about music.

The descriptions that follow are courtesy of the Film Society. Buy tickets online or at the theater box office during regular business hours.

Director Dorothy Darr Attending
"Arrows Into Infinity" is a journey in sound through theunusual life and career of jazz legend Charles Lloyd, one of the mostinfluential jazz musicians of the 1960s. His music crossed traditionalboundaries and explored new territories. Catapulted into worldwide fame in his20s, by his early 30s he abandoned his life of touring and recording and wentinto seclusion in Big Sur, CA. Here, Lloyd and those who worked with him overthe last five decades help us better understand this enigmatic man and hisspiritual pursuit through music.
(D: Dorothy Darr, Jeffrey Morse, USA, 2012,120 min)
FRI 4/12 8:30 PM
WED 4/17 9:20 PM
Related: "Charles Lloyd: Arrows Into Infinity": Talking with filmmaker Dorothy Darr
Amor Crónico
It’s hard to pin down "Amor Crónico" with any one label; thefilm is a documentary, comedy, romance, road movie, and musical, all driven bythe magnetic personality of Cuban-born, New York-based pop star Cucu Diamantes. A fictional romance story is mixed in with real concert footage ofDiamantes' tour of the Cuban countryside, the first such tour by someone livingoutside of the country. This colorful, funny romp through the vibrantisland nation has Diamantes wondering where her true place in this worldresides.
(D: Jorge Perugorria, Cuba, USA, 2012, Spanish, 80 min) 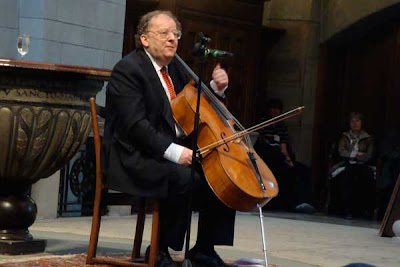 FRI 4/26 7:20 PM
SAT 4/27 1:30 PM
Bells of Happiness
Two Roma cousins in Slovakia have little in common excepttheir obsession with a popular Czech singing duo in this charming documentary. "Bells of Happiness" shows great concern in its depiction of asystematically oppressed minority, but Maria and Roman appear more concernedwith recording a DVD to send to their idols. The film is short and sweet,but its power comes from the larger depressed environment displayed here by twoveteran directors with a deep understanding of this culture.
(D: Jana Bučka,Marek Šulik, Slovakia, 2012, Slovak, Czech, 62 min) 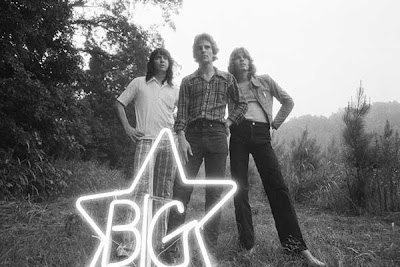 Big Star: Nothing Can Hurt Me
1970’s power-pop innovators Big Star, the mostunderappreciated band of their time, get their due in this eye-opening andtouching tribute to one of the most influential bands of all time. Director Drew DeNicola sits down with label execs, journalists, andmusicians to discuss why it took so long for the public to truly latch on tothis seminal band. No music fan will want to pass up the opportunity tohear firsthand why Big Star’s rise to superstardom never came.
(D: DrewDeNicola, USA, 2012, English, 112 min) 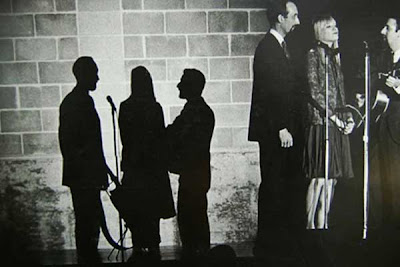 Greenwich Village: Music That Defined a Generation
Director Laura Archibald gathers a vast array of the mostinfluential folk figures of the '60s to tell the story of New York’s highlypopular and, for some, controversial folk movement. Interviews withfigures like Arlo Guthrie and Pete Seeger shine a light on this tight-knitgroup that came together to fight social injustice in the face of intensegovernment scrutiny. With rarely-seen performances from Joni Mitchell andBob Dylan, "Greenwich Village: Music That Defined a Generation" is a testament tothe scene’s lasting hold on our society’s collective imagination.
(D:Laura Archibald, USA, 2012, English, 84 min) 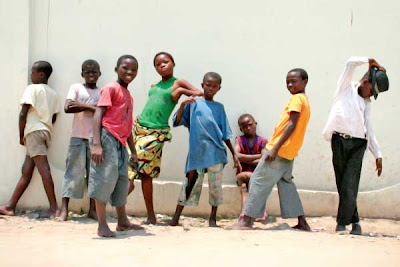 Kinshasa Kids
When their parents throw them out, accusing them ofwitchcraft, a group of kids on the streets of Kinshasa [Democratic Republic of the Congo] come together to escapetheir situation the only way they know how: becoming music superstars. The children join forces with a local celebrity who's had his own brushwith fame so he can show them the ropes. This documentary-dramahybrid uses the poverty-stricken streets of Kinshasa to provide a starkcontrast to the pure joy that emanates from these budding pop stars.
(D:Marc-Henri Wajnberg, Belgium, France, 2012, French, Lingala, 85 min)

MON 4/15 5:00 PM
FRI 4/19 4:10 PM
Low Movie (How to Quit Smoking)
Director Phil Harder and Band Attending
"Low Movie (How To Quit Smoking)" follows the entire career ofthe iconic band Low and their relationship with director Philip Harder. For20 years, they made music videos and short films together, filming on ice,in railroad yards, and in rapidly disintegrating rooms.
Low formed in 1993 in Duluth, MN. Before the release of their debut record, Harder,armed with a 16mm camera, filmed the band on Lake Superior in minus-30windchill. At the time, Low bucked rock protocol by turning their volume down, and the haunting visuals helped define their minimalist approach. As Lowmatured they turned up, and their lyrics grew more aggressive and political. Thevisuals followed suit, resulting in clips that were never released due to theviolent subject matter.
Year after year, for two decades, Harder continued toshoot Low’s music. For "Low Movie," Harder went back into the vaults andreassembled all of his 16mm negatives, including outtakes and new material mixedwith old, much of which has never been seen by anyone including the band. "LowMovie" was created by the one person (other than members Alan Sparhawk and MimiParker) who has worked with them for virtually their whole existence.
Following the screening on April 12, head over to Aster Cafefor an intimate performance by Low.  Tickets to this unique event arelimited and will be available through the festival's website.
(D: Philip Harder, USA, 2012, 70 min)
FRI 4/12 6:30 PM*
SAT 4/20 9:30 PM*
*6-packs not redeemable for these screenings. 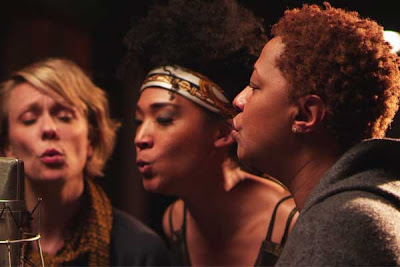 Twenty Feet from Stardom
You might not know their names or recognize their faces, butyou’ve heard them singing on some of the most popular songs of all-time in thisdocumentary on the best backup singers in pop music history. Twenty Feet FromStardom stars an eclectic group of vocalists who have featured on tracks likeRolling Stones’ “Gimme Shelter,” and Lynyrd Skynrd’s “Sweet Home Alabama.” Thisdocumentary, filled with interviews by icons like Stevie Wonder, Mick Jaggerand Bruce Springsteen, is a fun, behind-the-scenes look at the unsung heroes ofrock & roll.
(D: Morgan Neville, USA, 2012, English, 90 min)

FRI 4/19 7:00 PM
SAT 4/20 4:30 PM
Unfinished Song
The perpetually grumpy Arthur tries to do right by his latewife’s memory and join an organization he always derided: the community seniorcitizens' pop choir. The songs, the exposure, and the constantly chipper choirdirector always drove him batty, but the choir is the only thing that eases hispain and works to bridge the gap between him and his estranged son. Bothhilarious and heartwarming, "Unfinished Song" is a touching drama that filmgoersof any age can enjoy.
(D: Paul Andrew Williams, UK, 2012, English, 93min) 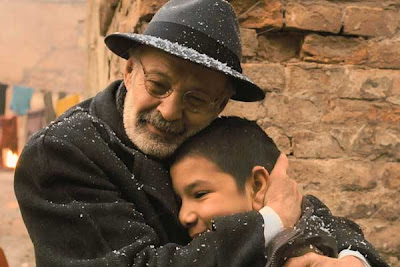 When Day Breaks (Kad Svane Dan)
Serbian music professor Misha Brankov discovers his realfamily origins and starts piecing together the full story through visits to aformer concentration camp. After learning that his real father, whowas killed in the Holocaust, was in the middle of composing a new piece when hedied, Brankov attempts to stage the song’s first performance at the site of hisdeath. Emotional and empowering, "When Day Breaks" is a reminder of themany stories waiting to be told in the aftermath of Europe’s darkest chapter.
(D: Goran Paskaljevic, Serbia, 2012, Serbian, 90 min)