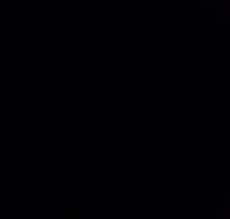 I've been reading articles about Keith Jarrett's performance last week at the Umbria Jazz Festival in Perugia, Italy, the latest being Thomas Conrad's for JazzTimes. There are things I don't understand. Why would anyone pay up to 120 Euros for the likely chance of being walked out on and verbally abused by the artist he or she came to see? Why does Jarrett continue to perform in public? Does he need the money? Another brilliant, eccentric pianist, Glenn Gould, played his last public concert at the age of 32. Why doesn't Jarrett just stay home? Or record only in a studio? Or, if he needs the presence and energy of a live audience to create masterpieces like The Koln Concert and, more recently, Rio, what about relaxing his own unreasonable expectations for the audience's behavior?

Like countless other jazz and music lovers, I'm enchanted by Jarrett's piano playing. I have seen him live, but only once, on November 7, 2001, at Orchestra Hall in Minneapolis. (I'm reasonably sure that was the date. He also played Orchestra Hall three times in the 1980s.) That was an indoor, controlled environment, one where photography is forbidden, and back then there were no iPhones with cameras and flashes.

If he returned to Minneapolis today, I wouldn't go to see him. The risks outweigh the potential rewards, at least from my perspective (and I'm sure there are plenty of people who don't agree with me on this). I'm happy to buy his recordings (a whole shelf full, so far). I'd rather see him live, because live music is always better, but I wouldn't go.

The concert was interrupted because of someone taking photographs. Comments from David: “It was a cold rainy Manchester evening, a sparse audience, some jaw dropping solos, but the evening was sadly remembered mostly for an extremely insensitive photographer on the balcony (during a particlarly sensitive section of a solo) blasting off a sequence of images on a motordrive, and Keith just slamming his hands on the keyboard marching over to the man and saying, ‘Do you realise what it takes for me to build up to preparing for this piece of work and then to perform it?’ He then told him to get out of the theatre, which to his credit he did.”

Most famous (or infamous) was the scene in Perugia in 2007, when Jarrett asked "someone who speaks English" to "tell all these a**holes with cameras to turn them f****** off right now. Right now! No more photographs ... If we see any more lights, I reserve the right (and I think the privilege is yours to hear us), but I reserve the right and Jack [DeJohnette] and Gary [Peacock] reserve the right to stop playing and leave the goddamn city!" The Festival declared they would never invite him back, but they did. And this time, as Conrad reports, Jarrett demanded that the stage lights be turned off. The trio played in the dark in case, God forbid, someone tried to take a picture.

Jarrett has walked off the stage because people were coughing, because he didn't like the piano, but most often because he saw or thought he saw a camera. He has refused to play an encore, telling the crowd, "Because of this [a camera sighting] we're not playing an encore!" Like an evil despot, he punishes the many for the sins of the few. He expects one hundred percent compliance from audiences of thousands at outdoor festivals, where there will always be someone who ignores the announcer's pleas for no photos, or forgets the ban on photos, or decides to see if he or she can get away with taking just one photo, or maybe even thinks, If I take a photo and Jarrett sees me, I can shut this concert down. That's power, to some. Jarrett may think he's calling the shots (no pun), but he's letting his audience decide if he'll play or not.

On the Amazon website, Jarrett has posted his own highly personal liner notes from the Paris/London: Testament recording (released in October 2009). He writes about his Chronic Fatigue Syndrome, how energy-sapping it is to play solo concerts, how "the amount of preparation work, mental, physical, and emotional is probably beyond anybody's imagination" and "it is NOT natural to sit at a piano, bring no material, clear your mind completely of musical ideas, and play something that is of lasting value and brand new," about his second wife leaving him for the third time and how he "quickly scrambled to stay alive," his "incredibly vulnerable emotional state" and having "lots of physical ailments ... plus stress, plus an emptiness that was overwhelming." Reading this, it's impossible not to feel compassion for a man who is genuinely burdened by genius, and gratitude for the absolute beauty he has given us.

But the scenes have to stop. Is there no one close to him who can intervene with kindness and love?

Next Friday, July 19, Jarrett and his trio play the Theatres Romains De Fourviere in Lyon, France., a large, open-air theater built on a Roman ruin. Good luck with that.
Posted by Pamela Espeland at 4:29 PM