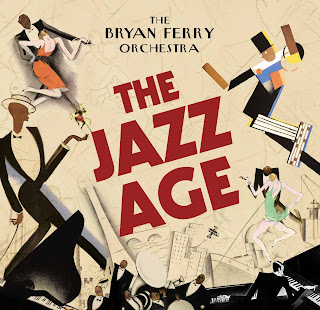 Imagine you’re digging through a dusty bin of LPs. You find one with an interesting cover, take it home, put it on your turntable (because you still have a turntable), and suddenly you’re in a 1920s speakeasy. You’re in a club in Kansas City or New Orleans. No, wait: you’re at a party on Jay Gatsby’s lawn in West Egg.

Except the songs aren’t by Louis Armstrong or Bix Beiderbecke, Duke Ellington or Count Basie. They’re by Bryan Ferry. And you realize you’re drinking Jay Gatsby’s gin while listening to “Avalon” and “Slave to Love.”

Ferry’s latest album, “The Jazz Age,” out Feb. 12, is surprising for him and for jazz. Ferry doesn’t sing. He doesn’t play standards, which most jazz artists do (and Ferry did in 1999’s “As Time Goes By”). He doesn’t play contemporary pop songs in the style of modern jazz, which more jazz artists are doing these days, broadening the canon for those who don’t know or care about “Body and Soul” or “Caravan.” He doesn’t bring older songs forward and reinvent them with improvisation or dissonance, hip-hop or electronics. He takes songs from his own catalog, strips out the lyrics, clothes the melodies in rhythms and arrangements inspired by the 1920s, and gathers an orchestra of mostly British musicians steeped in swing to play them.

The 13 songs span Ferry’s career, from “Virginia Plain,” the Roxy Music single released in 1972, to “Reason or Rhyme” from “Olympia,” Ferry’s most recent (2010) solo album. The instruments of the Bryan Ferry Orchestra are piano and clarinet, trombone and saxophones, trumpet, banjo, ukulele, drums, and guitars. The recording (made in mono with vintage mics, all the musicians playing together in the same room, the sound distressed during mixing and mastering) is warm and convincing. All that’s missing are the skips and pops you’d expect from a record that could be more than 80 years old. 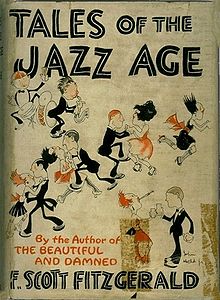 “The Jazz Age” is stylish, seductive, and strange. I approached it with skepticism that dissolved into delight. There is an air of fiction about the album, a sense of stepping into “The Great Gatsby.” It’s not quite real. This is music from a time when jazz was becoming America’s popular music, when jazz meant rebellion, freedom, cocktails, and sex. No one except traditionalists, historians, or fans bothers with this music anymore. But Ferry has always loved and been influenced by the early jazz greats, and he has never been predictable or dull.

If you’re going to listen to a pop star re-invent the sounds of 1920s jazz, why not choose the real thing? You can do that, too. Dig through dusty bins for Armstrong or Beiderbecke, Ellington or Basie. Meanwhile, enjoy “The Jazz Age” for what it is: personal statement, curiosity, anachronism, nostalgia trip, and a fine piece of work, witty and lovely, loveable and fun.
Posted by Pamela Espeland at 2:45 PM