A Tribute to Sue McLean at First Ave: Photo Set

First Avenue on Saturday hosted a star-studded tribute to concert promoter Sue McLean, who died earlier this year of cancer at age 54.

I met her only a few times and never got to know her, but rarely have I heard anyone spoken of with such affection and admiration.

A woman business owner in what has long been a man's business, McLean inspired a lot of women and girls. She had a passion for music, and she treated musicians well, which came as a surprise to many of them.

McLean left behind a large family and a young daughter, Lilly, now 12, and the evening was also a benefit for her.

The people who put the evening together are gathering numbers now -- how many people attended, how much money was raised -- so it's possible I'll add more to this in the next couple of days. For now, here's the link to John's photo set on Flickr. 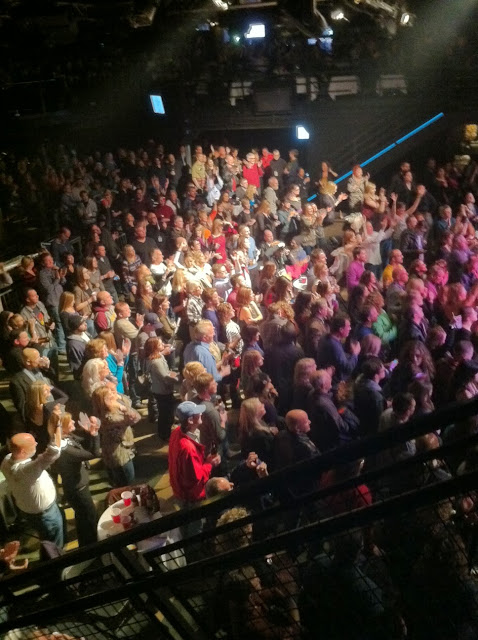 Posted by Pamela Espeland at 3:17 PM