I don’t listen to a lot of pop music. I’m not saying I don’t hear it, I just don’t listen, not often or very carefully. The exceptions are few, and Fathom Lane, the band started by singer-songwriter Michael Ferrier in 2012, is one.

“Down by Half,” their second record, came out in fall 2012. The Current’s Andrea Swensson, who listens to a lot of pop music, put it on what she calls her “sit down and shut up” shelf. I put it on my “drive alone in the car for at least an hour” shelf. It’s not background music or dinner-party music. It doesn’t demand attention – more insinuates it, or inveigles it like the person who speaks softly in a crowd of shouters. You want to hear the lyrics, and the music, which seems thoughtful and purposeful and crafted by hand. I liked “Down by Half” very much when it came out and still do. (At the time, I described it as “dark, deeply sad, ghostly and gorgeous.”)

“Fathom Lane,” the band’s eponymous second album, is more of a rocker, sunnier, even playful at times. Parts put me in mind of “Nuggets,” that classic collection of 1960s psychedelia (the one with the Seeds, the Standells, and the Syndicate of Sound). The first track, “Lazy,” is more benign all by itself than the whole of “Down by Half,” and “Ache Me” is a real surprise, upbeat and teasing. “Grey Dress” briefly goes off the rails into screaming electric guitar land. So the band is evolving and doing new things while continuing to hold onto that lush, atmospheric sound we’ve come to expect. An essential part of that sound is Shane Akers’ lap steel guitar, a dreamy, quavering sweetness that leaves you feeling a little off-balance. 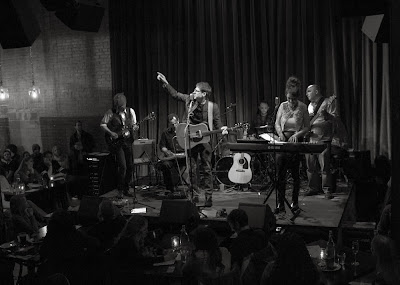 At Icehouse on Saturday night, which can be a talky place, especially when crowded to the point of standing room (which it was), most people were there to hear the music, which included songs from both albums and two new covers, “I’ve Been Riding with the Ghost” and “Child of the Moon.” “Ghost” is a Songs: Ohia tune by Jason Molina, who died earlier this year; “Child of the Moon” is an obscure Rolling Stones single, the B-side of “Jumpin’ Jack Flash,” that never appeared on an album. Between songs, Ferrier told the crowd that their next project would be a Molina tribute album with several other bands. It was a very good night in a room that welcomes live music and treats it well.

Saturday’s set list (thanks to Michael Ferrier for this, and for explaining the covers):


Child of the Moon 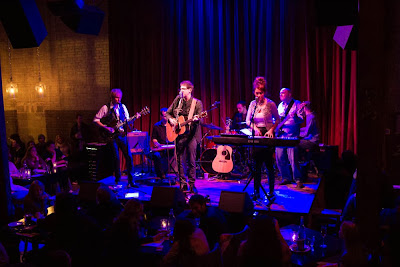 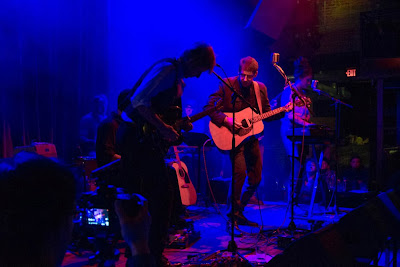