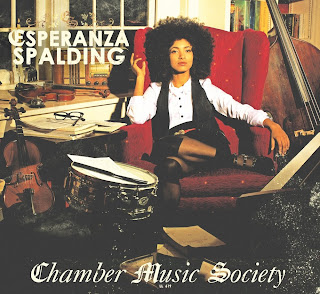 Esperanza Spalding plays a massive instrument—the double bass—and carries a heavy weight on her slight, photogenic shoulders. She’s the new darling of jazz, the Next Big Thing, the One who will somehow convince young listeners that jazz isn’t moldering in its grave.