Tonight it’s a new group, Parker Paisley, featuring Park Evans on guitar, Brandon Wozniak on tenor sax, Pete Hennig on drums, and Adam Wozniak on upright bass. They promise “daring, new, and original music” and will soon hit the studio to record their first CD. Since their Facebook invite includes a photo of actress Parker Posey (Best of Show, A Mighty Wind, Waiting for Guffman), I’m guessing she inspired the name. And I’d take a chance on any group led by Park Evans.
9 p.m., Aster Café ($5).

Saturday and Sunday: Hollywood Cabaret: The 50s at the Bloomington Center for the Arts 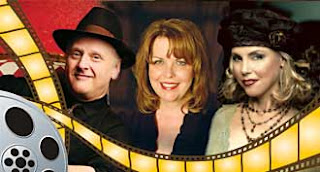 The final show in the popular “Hollywood Cabaret” concert series features classic songs from movies of the 1950s and a few from the 1960s. Arne Fogel, Connie Olson, and Connie Evingson will sing and share stories about the songs.

Fogel, the host of KBEM’s “The Bing Shift,” is a walking, talking, singing music encyclopedia. You’ll be entertained and you’ll learn something about the music, the composers, the movies, and the times. The 2 p.m. Saturday show was recently added because the others (7:30 p.m. Saturday, 2 p.m. Sunday) sold out. In the intimate Black Box Theater.
2 p.m. Saturday, Bloomington Center for the Arts ($18/$16). Tickets online or call 952-563-8575.
Monday: Robert Glasper Trio at the Dakota

Can’t wait for this one. Glasper is an exciting young pianist, and he’s one for whom music has no boundaries. Steeped in jazz, he pulls what he wants from pop and hip-hop. (Reportedly he works so much in NYC, where he lives, that he sometimes has two gigs in one night: a jazz show in the evening, and a hip-hop show later.) His most recent CD, aptly titled Double Booked, features straight-ahead modern jazz by the Robert Glasper Trio and hip-hop/fusion/electronica (including some vocoder vocals) by another of his groups, the Robert Glasper Experiment. When Glasper played the Blue Note in February, Kanye West, Mos Def, and Lupe Fiasco showed up and sat in. Wonder if something similar might happen at the Dakota, since we have a healthy hip-hop scene here.
7 p.m. (one show only), Dakota ($20).
Monday: Dave Graf at Jazz Central
The respected and beloved trombonist is recovering from his ice-dam-removal-related mishap and getting out more. I saw him last night at MacPhail, playing tricky, sticky Mingus tunes he had rehearsed for the first time on Wednesday.

The homey, relaxed Jazz Central (“for the cats, by the cats”) is a great place to experience the Dave Graf magic. He’ll be joined by Tanner Taylor on piano, Mac Santiago on drums, and Keith Boyles on bass, plus other musicians who want to sit in.
9 p.m., Jazz Central. No cover, but be kind to the tip jar.
Tuesday: Judi Donaghy at McNally Smith 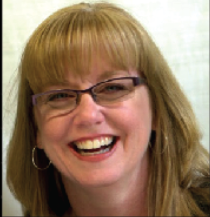 We know Judi as a singer with the Wolverines, Bobby McFerrin’s Voicestra, the JazzMN Orchestra, and the Girls, among others. This event is about Judi Donaghy the songwriter; it will feature a selection of her songs “old, even older, and new.” She’ll be joined by a stellar assemblage of fellow McNally-Smith faculty members and friends for a program called “Songs of Life, Love, Questions (and Cows).” Expect Lori Dokken, Rachel Holder, Dave Schmalenberger, Terri Burns, Adi Yeshaya, Laura Caviani, Randy Sabien, Pete Whitman, and more.

Check the live jazz calendar at the right or here for many more events.
Posted by Pamela Espeland at 9:56 AM