Milo Fine's long-running series at Homewood Studios has ended, but the music has not 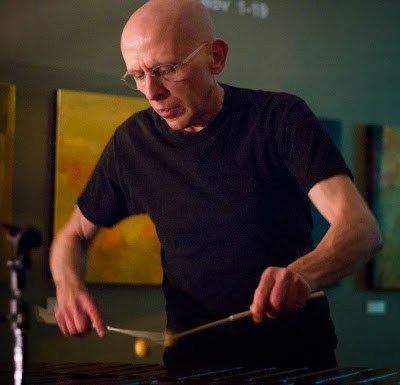 END OF A MUSICAL ERA

Ten years of Improvised Music at Homewood Studios came to an end in November with the final concert of this long-loved and storied series. Since 2003 local musician Milo Fine has curated several concerts a year in our gallery. Each concert showcased the improvisational skills of three to five (sometimes more) of the fifteen or twenty musicians Milo has assembled into a cohort of individuals dedicated to creating "sculpted sound" that happens only in the moment, is not scored or notated, and will never be performed in the same way again.

These concerts have been, for us and for all those who attended over the years, a lesson in learning to listen, to be attentive in the moment, to live in the music as it happens.  We are indebted to Milo and all the Improvised Music musicians for that series of memorable experiences.

Milo is in the process of building a state-of-the-art performance studio in our community.  Rest assured this kind of music will continue to have a life in our neighborhood, and also know there will still be, from time to time, improvised music events at our gallery.

For further info about Milo, his work and his new studio, please visit his website at http://fetik3.com/milofine/

We attended several of Milo's concerts over the years. Trying to describe them has always been complicated, an exercise in searching for words that don't exist. There was never a melody, a chorus, or a refrain in anything Milo and the other musicians played. The music started and stopped, seemingly on its own. Some of it was cacophonous, a blaring, crashing, screaming assault on the senses. Some of it was incredibly beautiful, but not in any sort of traditional way. Much of it was puzzling. Yet the more often we went, the more we heard and learned about listening and letting go -- of doubts, fears, expectations, rules, ideas of what music is and isn't, should and shouldn't be.

Every concert was a one-of-a-kind experience. Sometimes the musicians played for an audience of three or four people. Some people fell asleep -- including me, on more than one occasion. My head filled up with sound and I couldn't take it anymore, so I shut down briefly, then came back. I often wandered off into daydreaming. I thought deep thoughts, and shallow ones.

I'm forever grateful to Milo and the many people he played with -- Scott Newell, John O'Brien, Anthony Cox, Davu Seru, Charles Gillett, Elaine Evans, Viv Corringham, Kevin Cosgrove, Aerosol Pike (Philip Mann, Ryan Reber, Rick Ness), Bryce Beverlin II, Daniel Furuta, Joseph Damman, and many others, all fine, inventive musicians and courageous souls, all drawn to Milo's uncompromising insistence on self-determination, like moths to a white-hot flame. The music they played was as free as it gets, as thorny, challenging, difficult, messy, daunting, maddening, exhilarating, liberating, flattening and elevating as any I've ever heard. It changed me and made me more receptive, more bendy, and open to whatever, which is the very best way to approach anything in the arts. You can decide later if you like something or not, but openness is what gets you through the door to the possibility of having one of those transformative moments that art is all about.

Thank you, Milo. We're looking forward to that new studio. 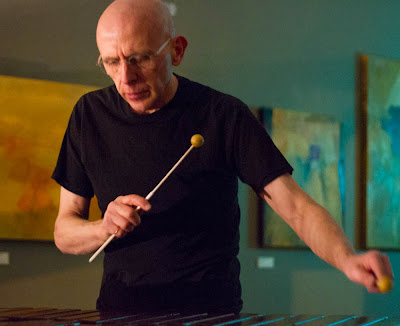