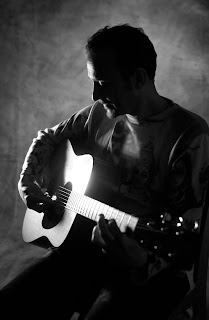 It's been a year since the first in a series of benefits was held for guitarist/composer Dean Magraw. Time for another one, as Dean is still recovering and it's a long, slow, costly process. Come out and help a great musician/soul man/human being with medical and living expenses.

I wrote a profile of Dean in late 2008 that's still one of the pieces of which I'm most proud, not the least because he told me later that he liked it.

Photo by Manfred Pollert.
Posted by Pamela Espeland at 4:22 PM