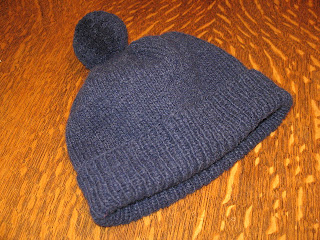 I've liked drummer Dave King since I first heard him play with the Bad Plus sometime in 2000. BP pianist Ethan Iverson and bassist Reid Anderson no longer live in the Midwest, but Dave still does, and he plays around town in many different bands including (but not limited to) Happy Apple (with Michael Lewis and Eric Fratzke), Halloween, Alaska (James Diers, Matt Friesen, Jake Hanson), F-K-G (Scott Fultz, Dean Granros), the Starry-Eyed Lovelies (Lewis, Anthony Cox, Dean Granros), and most recently Buffalo Collision (Tim Berne, Iverson, Mat Maneri) when they came to the Dakota in mid-September. For those dates, violist Maneri couldn't come, so cellist Hank Roberts was the string section, which turned out more than fine; hearing Hank play was a revelation. In December 2003, we also heard King at the Artists' Quarter. The AQ had scheduled Siamese Fighting Fish (Granros, Cox, and King), but Granros had a family emergency and pianist Craig Taborn was in town and agreed to step in. They dubbed themselves Garcia and played two great nights. That's jazz.

About the hat: Dave King shaves his head. And he lives in Minnesota. When he was here with Berne, I asked permission to measure his head, which he graciously granted. Hand-knit from deep blue Italian cashmere, topped with a pompom (King specifically requested a pompom but left the rest up to me), the hat is finished and ready to send.

P.S. I didn't know this at the time, but Dave King's hat would lead to several more hats for jazz musicians and other cool people associated with the music we love. HH came up with "Hats for Cats" and it stuck.

P.P.S. I've decided to call Dave's hat "Hat Zero." Where it all started.
Posted by Pamela Espeland at 2:49 PM