Mose Allison: More from the interview 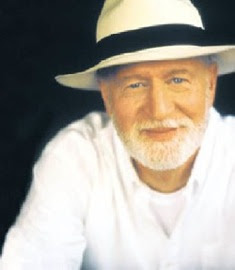 The great Mose Allison has written some of my favorite song lyrics. Like:

Ever since the world ended
I don't go out as much
People that I once befriended
Just don't bother to stay in touch
Things that used to seem so splendid
Don't really matter today
It's just as well the world ended
It wasn't working anyway.

You're sitting there yakking right in my face
You're coming on exactly like you own the place
You know if silence was golden, you couldn't raise a dime
Because your mind is on vacation and your mouth is working overtime.

Monsters of the id
No longer staying hid
And terrors of the night
Are out in broad daylight...

I can't believe the things I'm seeing
I wonder about some things I've heard
Everybody's crying mercy
When they don't know the meaning of the word.

I spoke with Allison earlier this week for MinnPost. So much has been written about him already that I doubt there's a question he's never been asked. But I asked anyway.

There's a lot of information out there about you. What is one thing you would like most people to know?
I don't have anything I want people to know. My thing is performing, and that's how I get my kicks one way or the other.... Some performances are hard, some are easy. You never know how you sound, because I've heard tapes of times when I've felt like I was scufflin' and it sounded pretty good, and tapes when I felt like it was going well...you never know.

A lot of people have covered your songs. Is there a cover you especially like?
There's not really a favorite. My main concern is whether I get the money for it, because there's a lot of records made where the legal part isn't covered.... But I consider it a compliment when anybody does my material. I also like for people to do what they want to with it. That's what I do with other people's tunes. I don't quibble about that.

What are you listening to?
Very little. Except maybe Schoenberg when I get a chance. I like far-out classical music, so-called classical music. I listen to a new German composer, Wolfgang Rihm. He wrote a piece, I can never think of the name—something about coming and going. There's a lot going on in the foreground, but there's a melody line underneath throughout, and if you can find it, it's always there.... I listen to Schoenberg for the same thing. I figure there's a melody line running through his stuff if you can find it.

Photo of Mose Allison by Carol Fridman to come.
Posted by Pamela Espeland at 3:54 PM