Larry Englund is a freelance writer and host of the weekly radio program Rhythm and Grooves on KFAI Radio Without Boundaries. bb

Clarinetist Glover has created an intriguing recording. While many of the songs may perk your interest, Politico (Owl Studios, 2009) is an album whose rewards may only come with repeated listening to it as a whole. The playing, by Glover, his band-mates, and all involved, is superb. He uses Latin rhythms, notably the tango and the Cuban/Brazilian baion, in an often implied, rather than explicit manner. The arrangements are challenging, whether Glover is using a quartet, jazz orchestra, or string orchestra.

The first two numbers are performed by Glover’s quartet, with Steve Allee on piano, Jack Helsley on bass and Bryson Kern on drums. Allee’s insistent comping, even during his solo, provides the foundation for the opener, "One Way Ticket." Glover plays in the upper registers and has fun with glissandos, while Kern and Helsley quietly push the song along. "Politico" slowly builds from Kern’s use of brushes on cymbals, through double-time solos by Glover and Allee, climaxing with Glover trilling over the others, until the song slows completely, setting up the next tune. "The Last Blue Tang" is a pastoral melody, with Glover accompanied only by strings.
Then it’s back to the quartet for "Concierto Para Quarteto" in three movements. The melody from "One Way Ticket" is used in the first movement, though executed at a much slower rhythm. The quartet’s playing is very seductive, from the deliberate bass solo that opens, to the warmth of Glover’s tone. Kern provides a march-like rhythm to the second movement, with Glover reaching upper registers once again. During the third movement, Kern ably matches the quickening and excitement of Glover’s solo, until all bring the song to a rousing climax. 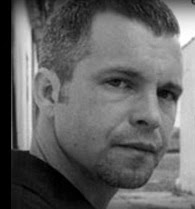 Glover uses a fourteen piece jazz orchestra for "Plastic Plants." It opens with a repeated note from Allee, followed by Glover stating the melody, which is then repeated by the orchestra. What follows is a strong arrangement that keeps things interesting, whether with a few bars of counterpoint, or the use of bass clarinets and muted trumpets against Glover’s high notes.
Glover again opts for a string section as his accompaniment for "A Thousand Ships," which serves as an epilogue. The melody is simple, with romantic overtones. Glover’s arrangement once again seems pastoral, though this time leavened by a somewhat bittersweet touch. It is over all too soon.
In an age where we are too often electronically tethered to the world around us, this is a recording that deserves attention in the old fashioned sense. Turn off the computer, let your phone calls go to messaging, sit down, and listen to an album that integrates complex compositions, arrangements, and playing into a rewarding experience.

Posted by Pamela Espeland at 4:35 PM