Jazz by any other name?

In today’s Minneapolis StarTribune, theater critic Graydon Royce asks, “Does the old-school definition of opera as ‘drama set to music’ require a fresh look?” Ben Krywosz, artistic director of Nautilus Music-Theater, says, “There would have been a whole different hoopla around [Tony Kushner’s] ‘Caroline, or Change’ if they [the Guthrie Theater] were positioning that as an opera…. There are many people who wouldn’t come if they called it an opera.”

I didn’t go to see “Caroline, or Change” because they called it a musical. This despite the raves it earned from the press and the many friends who urged me to go. I don't like musicals. I can’t help it. I don’t want to help it. I suppose I feel about musicals the way Tabatha Southey feels about jazz, a confession that makes me kind of blue.

But opera, I love.

And jazz, of course. Something a lot of people won’t go to because they call it jazz, even though that four-letter word encompasses a vast universe of sounds and styles. I know better than to talk about jazz with some people I care about very much, including my own offspring. I say the word and their eyes glaze over and their ears slam shut. They don’t want to hear "jazz" like I don’t want to hear “musical.”

So, what if we call jazz something else? I realize (duh) I'm not the first person to ask this question, but I'm curious to hear what people think.

Ahmad Jamal has called it “American classical music” since the early 1980s. During an interview last November, he explained: “That gave expression to what I was thinking for years. I didn’t just think of it out of the blue. It was a culmination of thinking about what this music is, and the terminology that is used to refer to this music…. I’m not paranoid about the word ‘jazz.’ But what happened is that we sophisticated a very unsophisticated term, and…the word is used very loosely. What we have done is made the world accept something that was not even acceptable at one time. ‘Stop jassing it up’ was an affront.”

Jamal believes that musicians, not audiences (or critics) should coin the terms used to describe their music: “If you want to change the lingo, the language, in any direction, it should be done by the practitioners.”

Ah, but Willard Jenkins has come up with an interesting phrase to describe the music, and he’s not a musician, though he is almost everything else one can be in the world of jazz: consultant, producer, writer, journalist, planner, teacher, broadcaster, fundraiser, educator, artistic director, and “arranger” of Randy Weston’s autobiography, African Rhythms, to be released by Duke University Press in 2010. Jenkins calls it “serious music.” Read his blog and see how that term works its way into your awareness and makes itself very comfortable.

But would people go to hear something called “serious music”? Or “American classical music”? Or “improvisational music”? Or “free music”? (Only if that always meant no cover charge.)

What if we called it simply “live music”? Come on in, take a chance. If you like it, stay. If you don’t like it, leave. 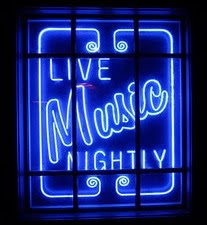 Posted by Pamela Espeland at 5:24 PM