Are you in your car or near a radio at 8:30 CST on Friday mornings? Tune to KBEM to hear me and Mr. Jones—Jazz 88 "Morning Show" host Ed Jones—talk about these events and more. 88.5 FM in the Twin Cities, streaming live on the Web.
As we look forward to jazz this weekend and beyond, let’s pause to light a candle for the Clown Lounge, the epicenter of improvised music in the Twin Cities for the past 10 years. Both the Clown and the Turf Club upstairs are under new management as of last Saturday. The Turf is scheduled to reopen January 11 (this coming Tuesday). Although talks were reportedly held between JT Bates, Michael Lewis, and new manager Josh James, the Clown’s resident band, Fat Kid Wednesdays (Bates, Lewis, and Adam Linz) has severed its ties with the club. Which won’t be open on Mondays anyway, the night FKW used to play.
JT has promised that FKW will go on, and many people (including this writer) want that to happen. Honestly, I’d open my own basement if I could get a liquor license and a bunch of beer signs. A Twin Cities jazz scene without regular access to FKW is inconceivable and just plain wrong. 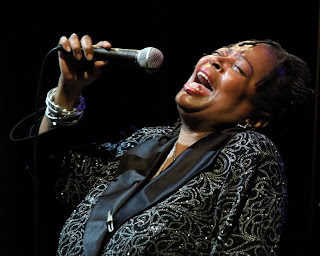 Friday-Saturday, January 7-8: Debbie Duncan at the Artists’ Quarter
There are singers who sing with a band, and singers who are part of the band. They use their voices as instruments, they improvise, and they are equals with the other musicians on stage. Debbie Duncan is one such singer; Lucia Newell is another. Lucia was at the AQ last Thursday, and even though the band ran out to move their cars when the tow trucks came, it was a very satisfying show. Debbie Duncan always delivers, and it’s good to see her in the warm, intimate setting of St. Paul’s famous basement jazz club.

9 p.m. Friday and Saturday, Artists' Quarter, in the basement of the Hamm Building in St. Paul ($10). Tickets at the door. 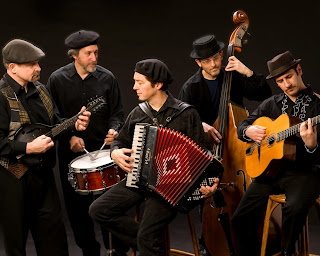 Saturday, January 8: Dan Newton’s Café Accordion Orchestra at the Cedar
If it’s January, it must be time for the annual Café Accordion romp at the Cedar. Dan Newton and his band will play all French music and celebrate the French holiday Fête des Rois (Three Kings Day, a.k.a. Epiphany). Guests will include vocalist Diane Jarvi and Ensemble Limousin (bagpipes and hurdy-gurdy, oh my). You’ll dance, you’ll smile, and you’ll eat cake, if it doesn’t run out before you arrive. Doors open at 7 and free cake is served starting then, courtesy of Alliance Francaise.
8 p.m. (doors and cake at 7) Saturday, Cedar Cultural Center ($12 advance, $15 day of show). Tickets by phone at 612-338-2674, ext. 2. 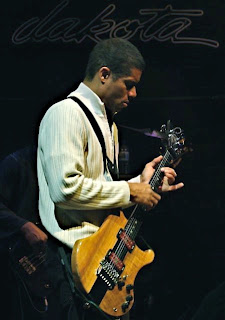 Sunday, January 9: Stanley Jordan at the Dakota
The guitar god comes to town for one night only, two solo sets. Jordan will probably play mostly (electric) guitar, but wait for the moment when he slides onto the piano bench and plays guitar and piano at the same time. He can do this because of his signature guitar-playing technique: he taps (not holds and strums or plucks) the strings so he can play two lines (melody and chords) at once. In other words, he plays the guitar like a piano, so why not play piano with one hand and guitar with the other? Jaw-dropping and soul-stirring, a Stanley Jordan performance is something you won’t soon forget. Here's a review from a 2008 Dakota show.
7 p.m. and 9 p.m., Dakota ($25/$20). Tickets online or call 612-332-5299 (JAZZ).
The end of FKW’s long run at the Clown is a wake-up call: We should not take regular gigs for granted. Times change, some venues close, and others decide they can no longer afford or no longer want to pay for live music. (I’m talking to you, Crave.) So each week starting now, I’ll feature a regular gig in the weekly picks.
REGULAR GIG
7:30 p.m. Sundays: Zacc Harris Trio at the Riverview Wine Bar
Zacc Harris on guitar, Matt Peterson on bass, Pete Hennig on drums. No cover, lovely ambience, good food and wine, wonderful music: A perfect way to end the weekend. The trio recorded a CD there, and you can hear tracks on their myspace page.
Riverview Wine Bar, 3745 42nd Ave. S., Minneapolis; 612-722-7234. The Wine Bar is kitty-corner from the Riverview Theater.
Debbie Duncan and Stanley Jordan photos by John Whiting.
Posted by Pamela Espeland at 7:43 PM