Are you in your car or near a radio at 8:30 CST on Friday mornings? Tune to KBEM to hear me and Mr. Jones—Jazz 88 "Morning Show" host Ed Jones—talk about these events and more. 88.5 FM in the Twin Cities, streaming live on the Web.
Last week, we mourned the end of the Clown Lounge as the weekly home of Fat Kid Wednesdays. This week, let’s celebrate the opening of Jazz Central.
In fact, Jazz Central opened quietly last summer as an underground venue, a place where jazz artists could perform, rehearse, and teach. Now there’s a performance scheduled for most Mondays, followed by an open jam session, and the public is welcome. There’s no cover charge, but donations are accepted. Pianist Tanner Taylor and drummers Mac and Luis Santiago, who jointly run the place, want to keep it “for the cats, by the cats,” and any amount helps.
Here's the performance schedule. This coming Monday, Jazz Central hosts trombonist Jeff Rinear, whose resume includes work with the Butanes, the JazzMN Big Band, Pete Whitman’s X-Tet, and the Artie Shaw Orchestra. He’ll play with Jazz Central’s house trio: Taylor on piano, Mac Santiago on drums, Keith Boyles on bass.
8 p.m. Monday, January 17, Jazz Central, 407 Central Ave. SE (across the street from the Aveda Institute). No cover.
What else is happening this weekend and into the week? As always, plenty. 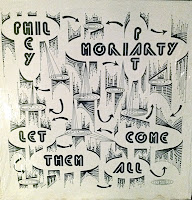 Friday, January 15: Pat Moriarty and Phil Hey at the Black Dog
Saxophonist Moriarty and drummer Hey met in 1973 and formed a band. In 1977, they released their first and only recording, Let Them All Come. They haven’t played together as a duo for many years (though fans will remember their performance at Studio Z with Ellen Lease and Adam Linz last May). Expect a night of free improvisation with all of the delicious possibilities that presents.
8 p.m. Friday, Black Dog, corner of 4th and Broadway, Lowertown, St. Paul. No cover but donations are accepted (and the right thing to do).
Saturday, January 16: The JazzMN Orchestra Featuring Wayne Bergeron
This is not part of the JazzMN’s regular season, but a special performance at the annual Roseville Winter Jazz Blast at Northwestern College. The day is devoted to competing student bands and soloists; the winners will also perform with the JazzMN in the evening concert. Bergeron is an in-demand studio trumpeter who has performed and recorded with Maynard Ferguson, Ray Charles, Diana Krall, Gordon Goodwin’s Big Phat Band, and others. This will be big and brassy.
7:30 p.m. Saturday, Maranatha Hall, Northwestern College, 3003 Snelling Ave. N., Roseville. $15; $12 TCJS members; $5 students. Tickets online or call 651-631-5151 or 866-821-5151. 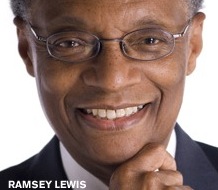 The great pianist/composer, NEA Jazz Master, and three-time Grammy winner was here in 2009 (at Orchestra Hall) and again in 2010 (at the Dakota). His shows are on the pricey side, so I almost skipped mention of this week’s performances until I learned something that surprised me: Instead of bringing his regular trio of Larry Gray on bass and Leon Joyce Jr. on drums, Lewis is traveling with new collaborators, Joshua Ramos on bass and Charles Heath on drums, two young dudes out of Chicago. He’s also likely to be playing more of his own music. Lewis discovered a passion for composing a few years back, in his early 70s, and has been writing steadily ever since. So—pricey, but probably worth it.
7 and 9 p.m. Tuesday and Wednesday, Dakota ($70-$55/$50-$40). Tickets online or call 612-332-5299 (JAZZ).
Also worth noting: Bruce Henry plays Hell’s Kitchen on Friday. The Dave King Trucking Co. performs at the Loring Theater on Saturday. The delightfully quirky Nellie McKay returns to the Dakota next Thursday. And in case you haven’t heard, the Dave Holland Quintet, originally scheduled for January 24-25 at the Dakota, has been postponed. The Roy Hargrove Quintet will play in their place. Find the details you need on the live jazz calendar here or to your right.
REGULAR GIG
We continue to focus on gigs we should not take for granted. Nothing is forever.
7 p.m. Mondays and Wednesdays: Charmin Michelle and Denny Malmberg at Fireside Pizza
Pizza and jazz? Why not? Fireside has been making it work for years. José James got his career start there (Malmberg was his teacher). The late, great Bobby Peterson was once a regular. So was guitarist Clay Moore, before he abandoned us for Texas. Since 2005, the headliners have been Michelle on vocals, Malmberg on keys, with occasional substitutions when one or the other is on tour or unavailable. Backed by cases of beer and soft drinks, they perform the Great American Songbook. Musician friends come to hang out and sit in. It’s cozy, casual, and fun.
Fireside Pizza, 6736 Penn Ave. S., Richfield; 612-869-4040.
Posted by Pamela Espeland at 7:13 PM