On Dave Holland, a jazz class, and a detour to Nirvana

The Dave Holland Quintet was originally scheduled to play the Dakota on January 24-25. Those dates have now been postponed "due to family emergency." An emergency in Holland's family, I'm guessing, because at Drake University in Iowa, where the quintet was booked to play on January 21, Chris Potter's Underground is stepping in. I wish the very best for Holland and his family, and I hope the Quintet is able to rebook at the Dakota before too long. I always enjoy this enormously inventive group: Holland on bass, Potter on saxophones, Robin Eubanks on trombone, Steve Nelson on vibes, Nate Smith on drums. (Note no piano, one of many things that make this quintet remarkable.)

I follow Holland on FaceBook, and earlier today "Team DH" posted a link to a short documentary about him that I hadn't seen. So I just spent 20 minutes learning more about his life and his music. The film made me like and admire him even more.

Lately I've been listening to Holland's first album as a leader, Conference of the Birds (CM, 1972), and also to his newest recording, Hands (Dare2, 2010), with the great flamenco guitarist Pepe Habichuela. Hands is completely different from anything I've heard Holland do before. According to the liner notes, Holland and Habichuela first played together in 2007 at a workshop in Sevilla, Spain. As Holland says, flamenco music "was a new world to me." The CD is delicious, richly rhythmic and melodic. Although it includes two compositions by Holland ("The Whirling Dervish," originally recorded on the 1995 release World Trio with Mino Cinelu and Kevin Eubanks, and the new "Joyride"), it's not a jazz/flamenco mashup. I just listened to both versions of "Whirling Dervish" back to back, and while the instrumentation is similar--the earlier recording features Eubanks on acoustic guitar (in a virtuosic performance; his lengthy solo starting at the 2:31 mark is pretty amazing)--the feel of the two pieces is very different. (In the flamenco arrangement, Holland takes his big solo starting at 2:31.) 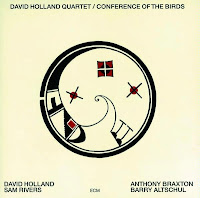 I learned about Conference of the Birds from Stefan Kac, who teaches a class called "Jazz History and Listening" at the West Bank School of Music. After hearing about the class for the past couple of years, I was finally able to take it, and I'm glad I did. Eight weeks (12 hours) turned into nine (13 1/2) because there was so much music Kac wanted to play for us, beginning with works by Gottschalk and Joplin, continuing through Louis Armstrong and Duke Ellington, Bud Powell and Charlie Parker, Thelonious Monk, Herbie Nichols, Miles Davis, Andrew Hill, John Coltrane, Ornette Coleman, Cecil Taylor, Betty Carter, Wynton Marsalis, and many more.

The West Bank School is not a glamorous place; if glamor and state-of-the-art are what you want, go to MacPhail. WBSM is in an old two-story house in the Cedar-Riverside area of Minneapolis, the windows are covered in plastic, there are multiple layers of paint on the walls, the heating is irregular, the lighting is annoying, and the chairs can be uncomfortable. But the school has a storied past (Bonnie Raitt used to crash there) and a soul.

Kac played the music he had chosen for us on a boombox with a glowing red ring on the front (the party bass boost). I've been listening to jazz for years, so I heard things I had heard before, but I also heard plenty that were new to me. Kac does not teach by saying "Listen for this" or "This is what you're about to hear" or "Pay attention to this" before playing a track; he provides some context (the artists, the times, the place), plays the track, adds a few more comments, and moves on. It's not about learning how to listen, because everybody listens differently, and it's especially not about learning how to appreciate jazz. ("Appreciation," Kac noted drily in our first meeting, "is what you feel when your roommate does the dishes, not when you listen to jazz.") In an earlier email, he explained, "The class is about exposure, not skills."

Kac offers "Jazz History and Listening" regularly and I recommend it highly. There's no downside to spending an hour and a half each week listening hard to jazz in the company of other students who like the music (there were three of us) and a smart, studied, sharply opinionated 20-something musician and teacher. If he offered it again with new music, I'd take it again. I would make one suggestion: that he allow time for questions and discussion. He took questions when we asked them (to be honest, I asked most of them), but after a while it felt as if each question pushed another music selection further down the list. (Which was probably the reason we ended up with nine classes instead of eight, for which I thank you, Stefan.) 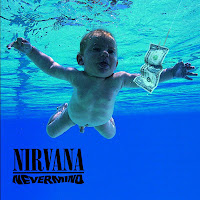 One of my questions was about the title track for Conference of the Birds, a song I had never heard before. I wondered if Kurt Cobain had ever heard it. Starting at about the 50-second mark, Holland plays a bass figure that sounds very much like it was dropped into "Smells Like Teen Spirit." Did Cobain know Dave Holland's music? You can go to iTunes and listen to Holland (in the sample online, the figure starts at the 6-second mark) and see what you think. Then, if you have These Are the Vistas by The Bad Plus handy, listen to their version of "Teen Spirit." Bassist Reid Anderson draws more from Nirvana than he does from Holland, but you know he knows "Conference of the Birds." (Nirvana's chord changes are F, B flat, G sharp, C sharp; those of The Bad Plus, if I'm not mistaken, are C, F, D sharp, G sharp; Holland's are D, F, B flat, E flat. Same general idea, different keys.)

Thanks to John Scherrer for the update on Dave Holland.
Read an interview with Stefan Kac.
Posted by Pamela Espeland at 5:08 PM