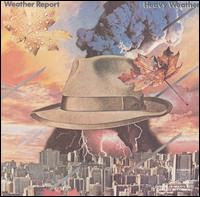 "Fusion in its original form was a good thing," Kelly Rossum tells us in our weekly class at MacPhail. What came out of it (smooth jazz), not so much. People are as divided about smooth jazz as they are about avant garde/free jazz: they love it or hate it. I'm in the latter camp myself. I simply cannot listen to smooth jazz. In 2004, pianist Bobby Lyle released a two-CD set called Straight and Smooth. One disc is straight-ahead jazz, the other smooth. Five minutes into the second disc, I was through, and I like Bobby Lyle a lot.

Because fusion (loosely defined as jazz-meets-rock) evolved around the same time as electronic instruments (electric guitars and basses, electronic keyboard synthesizers), it can be hard to separate the music from the sometimes strange, fuzzy and buzzy sounds of the instruments it's being played on. Kelly suggests we try, because the musical ideas are worth exploring.

We listen to "Frelon Brun (Brown Hornet)" from Miles Davis's Filles de Kilimanjaro (1968), where Tony Williams singlehandedly (okay, he uses both hands, and his feet, and maybe his nose and chin) takes the drums to a new planet. (Kelly's aside: "Fusion is all Tony Williams's fault.") From there, some Sly and the Family Stone ("There's a Riot Goin' On"), a big influence on Miles. Then "What I Say" from Miles's Live-Evil, which Kelly proclaims "way better than Bitches Brew." Miles, Keith Jarrett, Dave Holland, Jack de Johnette, Herbie Hancock, Chick Corea, John McLaughlin...what a lineup. "That's what fusion should be," Kelly says. "Musicality, groove, harmonics, and Miles playing in a whole different way."

Next, "Teen Town" from Weather Report's seminal Heavy Weather. "Birdland" is the best-known track from that album; Kelly says it's the worst song and asks us to listen closely to Pastorius's bass on "Teen Town." We pause the music and talk about what we've heard so far. Fusion seems like a museum piece; it sounds dated because of the instruments used. But many of the ideas carried forward.

Kelly plays the driving title cut from Miles's Grammy-winning Tutu (1986). We learn that bassist Marcus Miller created most of it in the studio, then invited Miles in to play over his recorded and overdubbed tracks, which Miles did--impromptu, extemporaneous, unrehearsed. What we hear on the CD are first takes. The iconic photos on the album cover (now booklet) are by fashion photographer Irving Penn.

We end with "We're Y'all At?" from Wynton Marsalis's From the Plantation to the Penitentiary (2007). Wynton raps (yes, raps) about the sorry state of American culture...and we thought he was a traditionalist. Here at least, he's fusin'.
Posted by Pamela Espeland at 12:48 PM