Jazz Jam at the AQ

It’s a Twin Cities Jazz Festival tradition: Following the concerts in Mears Park on Friday and Saturday nights, musicians head to the Artists’ Quarter to jam. Last year, after Kenny Garrett’s fiery set, his drummer, Jamire Williams, came to the AQ and played for much of the night. This year, people were hoping that members of the Fort Apache Band would show. They didn’t. Maybe they were already en route to their next gig, or maybe they were too irritated by the graceless end to their Mears Park show. 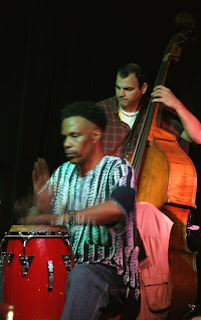 No matter; it was a jam after all. Dave Karr brought his sax and so did Jim Marentic. For a while, a mysterious stranger sat in on congas. Sometimes we heard one horn player; sometimes two or all three. The music was straight-ahead, standards everyone knew. The musicians had fun and so did we. 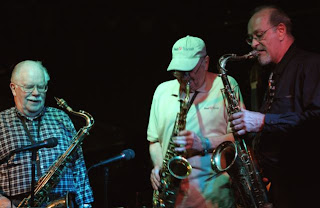