Charlie Haden: More from the interview 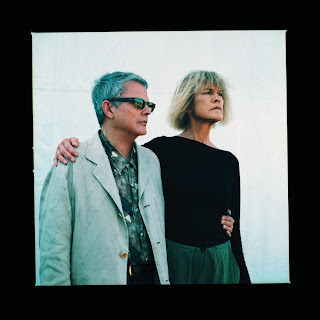 The great bassist Charlie Haden brings his Liberation Music Orchestra to Minneapolis tomorrow (Saturday, Sept. 27) for the first concert in the 2008-09 Northrop Jazz Season. I had the opportunity to speak with him earlier this month for MinnPost.

Not everything from the interview made it into the article. Here's more.

Haden described the latest LMO album, Not in Our Name, as "a desperate attempt to reach people with beautiful music and try...to make them realize how important it is to have reverence for life. To see the preciousness of life and to recognize the injustices of the world." (This quote does appear in the article.)

I asked him if something specific had happened in his life to make him care so much. He related the story, which has been reported elsewhere, of being rocked to sleep by his mother when he was about 2 years old. She was humming folk songs to him, and he started humming the harmony.

"I think that was my first sensitivity to music," he told me. "From then on, it was a very sensitive journey for me--everything was very delicate, sensitive, vulnerable.... When I was 4, I was screaming in my room, really loud, and my mother ran in saying 'Charlie, what is wrong?' I said, 'I don't want to die!' She said, 'Charlie, you're 4 years old, you're not going to die!' I was confronted [at that early age] with how lucky life is, that the history of the universe is inside of all of us from the beginning of time, and we have to do everything we can to make [life] as beautiful as we can for everybody....

"I saw a lot of things when I was a kid in a racist place.... I don't know why my mother chose to take me once a month to an African-American church and sit and listen to the choir. She took me out of my three brothers and two sisters. All I had to do was look around me--at the lunch counters, the one movie theater where blacks could sit in the third balcony, the one school for African-American students. There were not many places they could go.... My family were not racist. Dad liked Roosevelt and was unhappy with Truman. I was raised in a family that was very liberal. Some things attracted me right away to right injustices in the world, to be more aware."

In 1971, while on tour in Portugal with Ornette Coleman and other jazz giants (Ellington, Miles, Dexter Gordon, Dizzy, Monk), Haden was arrested for dedicating "Song for Che" (a track from the first self-titled Liberation Music Orchestra album) to liberation movements in Mozambique, Angola, and Guinea-Bissau, which were then Portuguese colonies. He was apprehended at the airport, imprisoned overnight, and interrogated by the political police. The next day, Nixon's cultural attache to Portugal came for him and he was released.

I asked him, "Do you think if you were arrested in Portugal today that a cultural attache would come for you?" He said, and I heard sadness in his voice, "Probably not."

Yet he keeps on keeping on, and his music is not, as you might expect, bitter or angry or full of despair. The title track to "Not in Our Name" is one of the sunniest, most optimistic tunes I have ever heard. It makes you want to dance and run through a field of flowers and smile at strangers.

Northrop sent out an email yesterday to ticket holders with a message from Haden: "We hope to see a new society of enlightenment and wisdom where creative thought becomes the most dominant force in all people's lives."

Two lengthy interviews with Charlie Haden are available online, one by Ethan Iverson for DownBeat (2008), the other by Amy Goodman for Democracy Now (2006). I learned a lot from both of them. Photo of Charlie Haden and Carla Bley by Thomas Dorn.
Posted by Pamela Espeland at 7:48 AM