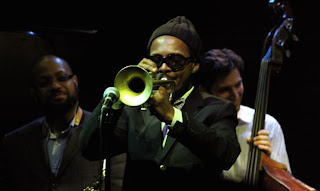 I heard that Roy Hargrove wanted a hat, so HH and I brought a couple of his to try on, an over-the-ears and an above-the-ears. During the break between sets at the Dakota, he came over to take a look. Tried on the short one, didn't like it, tried on the longer one, kept it. Would not hear of me making a hat and sending it later. HH was cool. Roy wore his hat through most of the second set and again at Bunker's, where the band went after the Dakota and Roy got in a few licks with Dr. Mambo's Combo. 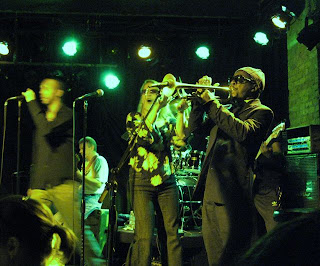