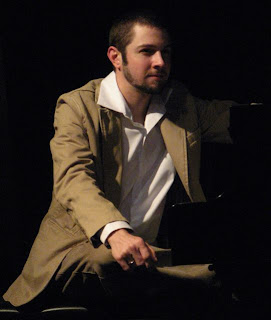 This week's MinnPost column features Tanner Taylor, a young pianist who hails from Iowa and has been burning up keyboards all over Minneapolis/St. Paul since relocating here seven years ago. I enjoy hearing him play, other musicians respect him, and he works hard. I was glad to have the chance to write about him.

During our telephone interview, I asked him about something I had read on Jazz Police: that his first inspiration to try jazz came "after seeing The Glenn Miller Story when I was twelve." 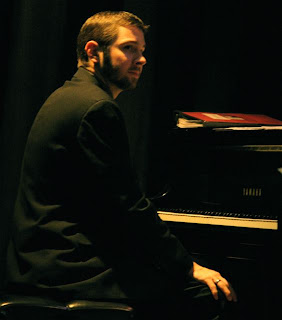 I had seen the movie (1954, directed by Anthony Mann, starring James Stewart and June Allyson) for the first time a few weeks earlier and decided to share something I had learned from the post-film commentary.

"You know," I babbled, "there's this new theory about how Glenn Miller died—that his plane was hit by a bomb dropped by a British plane returning home from France. Rather than land in England with live bombs, they dropped them into the Channel."

"Actually," Tanner said, "there are three theories about how he died. I'm a huge Glenn Miller fan."

Note to self: Resist the urge to tell musicians things they probably already know. 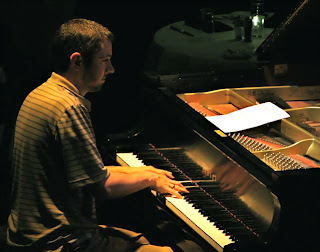 Photos by John Whiting taken during three different performances. (Tanner's ever-changing facial hair is a topic of conversation among the ladies who go to hear him play.)
Posted by Pamela Espeland at 11:46 AM