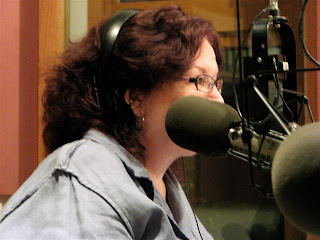 If it hadn't been for radio, I might not have made it through my teen years. I had an enforced early bedtime—lights out by 9:30. To a night owl, that's cruel and unusual.

For a while I sneaked a small electric lamp with a hot bulb under the covers and tried to read; that lasted until I burned a hole through the front cover and several pages of C.S. Lewis's The Screwtape Letters. (True story.)

Luckily I had a transistor radio. It was the size of a paperback book, with a snap-shut leather case and an earbud the shape and hardness of an acorn. I tucked the radio under my pillow and the earbud in the ear facing down, made sure the wire was concealed, and listened.

There were fewer radio stations then and especially at night, radio waves traveled many miles and brought music and deejays from far away. This is how I first heard Simon & Garfunkel's "The Sound of Silence"—alone in my inky room, the house asleep around me—which is the best time to hear "Hello darkness, my old friend."

Today I'm a fan of public radio: KBEM, KFAI, MPR. Our rental car in Florida had Sirius satellite radio and that was fun for a few days but here I'm happy with Kevin O'Connor's drive-time show, late night with Bob Parlocha (which airs on KBEM), KFAI's eclectic variety, MPR's news programming, and the Current.

Janis Lane-Ewart of KFAI and I had talked for a while about doing an all-Kurt Elling show. We're both Kurt fans; we've seen him together at the Dakota and at Birdland in NYC. He's the only performer I have actually traveled to see; he's been the excuse for a trip to Chicago (the Man in the Air CD release), my second Monterey Jazz Festival in 2006, and Valentine's Day in NYC this year. 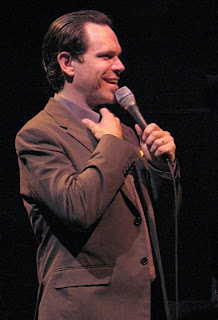 Last night (5/29/08) I was Janis's guest on her weekly "Collective Eye" radio show, with 90 minutes of Kurt Elling songs, vocalese, scatting, and spoken word. It went well and we plan to do it again, hopefully with Kurt joining us on the phone. The show will be archived for 2 weeks for streaming. Find the playlist here.

Photo of yours truly by John Whiting.
Posted by Pamela Espeland at 12:21 PM