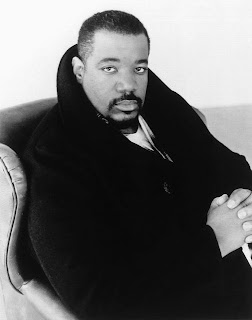 Kevin Mahogany sounds as yummy on the phone as he does when he sings. When I interviewed him for MinnPost about his upcoming performance with the JazzMN Big Band, I probably kept him on the line longer than I should have.

I mentioned how much I liked one of the songs on Another Time Another Place, his 1997 release on Warner Bros. It's a sassy, light-hearted banter between two men about the same woman. Mahogany wrote it and recorded it as a duet with country singer Randy Travis, which seems an unlikely choice but makes sense when you listen. It's all about the voices. Mahogany told me more:

It surprised a lot of people when we did that. I always thought [Travis] had a wonderful voice. When you hear that combination, it worked great. I was writing a duet for two men and didn't want to split a standard tune in half. [Travis] agreed to do it with me. We were both on Warner Bros. We had such a great time. As much fun as you hear on the record, that's how much we had in the studio, if not more so. What makes it exciting is that [Travis] has less twang [in his voice] than in his country music. And jazz people had the chance to hear an incredible singer who sings country.

On the recording, Travis doesn't scat (Mahogany does), but he swings.

Photo of Kevin Mahogany from his MySpace page.
Posted by Pamela Espeland at 8:49 AM