Beyond Category: The Ellington and Strayhorn Songbook: Concert Review 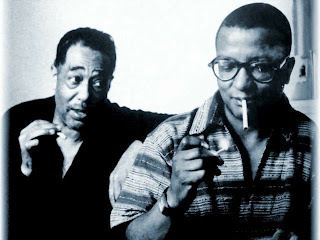 It's my first time at the Bloomington Center, a slick new facility that shares a building (Bloomington Civic Plaza) with the city's police station. I imagine a Dick Wolf franchise: "Arts & Order."

"Beyond Category" promises to be an evening of wonderful tunes performed by some of the finest singers and musicians in the Twin Cities area. It turns out to be a very good program but not a great one.

Carlson gives the introduction and serves as narrator throughout. He's animated and knowledgeable, with interesting stories about both Ellington and Strayhorn. He tells us, for example, that “Beyond Category” was a term Ellington use to describe people he admired. 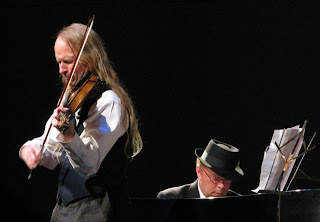 The program begins with an instrumental medley—bits of “Mood Indigo,” “Sophisticated Lady,” “Satin Doll, “Just Squeeze Me,” “Solitude,” and more. It’s basically the melody from each and pretty speedy. I might have preferred fuller treatments of fewer songs.

Schulte's violin immediately adds a whole new flavor to the music—a fourth voice. I like it, but it sometimes competes with the singers. It might have been more effective, and more special, had it been heard less often.

Hixson is the first singer up, with a silky-smooth “Don’t You Know I Care” followed by “Something to Live For.” Lovely, relaxed, and pure. 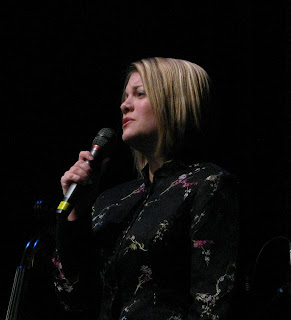 Spears bounds to the mike with “Whoo! Let’s see what we got here!” and delivers an uptempo “It Don’t Mean a Thing,” with scatting. He ends by leaping into the air, then tells us he won’t be doing that again this evening. It proves to be the most energetic part of the program.

Everyone is singing Strayhorn’s “Lush Life” these days: Christine Rosholt at the Dakota, Regina Marie Williams in Blues in the Night. Jazz historian and writer Ashley Kahn did a piece for NPR in which he noted that "more than 500 musicians have explored it.” I think I like it best when a man sings it—like Andy Bey on American Song, or Spears tonight. Dennis nails this difficult Strayhorn masterpiece with the complex message and odd structure (what’s the verse? Where’s the refrain?). When he sings the part that begins “Life is lonely,” I get music goose bumps—the frisson that starts in the lower back and moves up and into the shoulder blades, like wings. 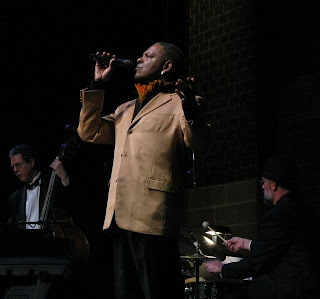 It's Newell’s turn, and she gives us “Day Dream” and “Prelude to a Kiss.” (The first is on her excellent CD, Steeped in Strayhorn.) Lucia was born to swing, and her horn-like voice (that’s a good thing BTW) and impeccable phrasing illuminate this music. Every syllable is delicious, and Schulte ices the cake with an expressive violin solo.

For the final song in Part One of the program, Hixson, Spears, and Newell together sing “I’m Beginning to See the Light.” It’s the least successful number so far and overpowered by the quartet.

Part Two is billed as a vocal medley; the three singers alternate. Hixson sings “In a Mellow Tone,” followed by Spears on “In a Sentimental Mood.” Newell sings and scats “Your Love Has Faded” and follows up with “Caravan.” 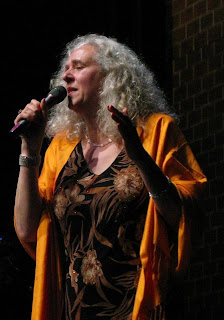 Carlson’s narration continues to thread the songs together, and the mood is getting darker, more focused on Strayhorn, his illness and final years. The music slows. Spears sings “Come Sunday” (“Lord, dear Lord above!”), Newell “Passion Flower,” with a second lyric in Portuguese, and Hixson “Lotus Blossom,” about regret and days forever gone.

For the penultimate song, Spears sits beside Carlson at the piano for the emotional “Blood Count,” one of Strayhorn’s last melodies, written while he was dying, with lyrics added later by Mark Murphy (“Why? Why me?/No answers I see/Don’t cry, Sweet Pea”).

Carlson speculates on what tune might have been dragging through Strayhorn’s head when he died. “Musicians always have tunes dragging through their heads,” he says. “I wonder if Strayhorn maybe didn’t play himself off with something like this….” That's the cue for the final tune, “Take the ‘A’ Train,” begun on Schulte’s violin and sung by Hixson, Spears, and Newell. What could have been a joyous ending, a celebration of Strayhorn’s life and the music he left behind, is a downer.

As on “I’m Beginning to See the Light” at the end of the Part One, the three singers never quite fit together. They all seem to be holding back. I would have liked to see each one let loose in her or his own way. Hixson doesn’t scat, but Spears and Newell do, and they could have traded. I wanted a bigger finish.

There were glorious and beautiful moments; the program was entertaining and informative. For whatever reason, it never reached its full potential, not from where I was sitting.

All photos except Ellington and Strayhorn 1960 by John Whiting. Top to bottom: Schulte and Carlson; Hixson; Spears with Boyles and Santiago; Newell.
Posted by Pamela Espeland at 9:15 AM