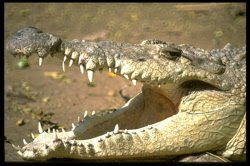 Along with writing and reading, I'm spending some of my Soul Mountain time paging through fashion magazines. The September Vanity Fair is the Year’s Best Dressed issue. Marilyn had a massive Harper’s Bazaar she pulled out of the recycling for me. And this week’s New York Times Style magazine is the Women’s Fashion Fall 2008 issue. Jackpot.

When did handbags become a fetish?

Looking at Vanity Fair, I see the Armani Amethyst Bag, the tangerine-colored Dior clutch with the dangly D, the giant floppy Burberry bag with the eyelets along the seams, the wine-red Dolce & Gabbana, the ostrich Bottega Veneta, the Hermes “Jepsiere” bag in “taurillon Clemence” (whatever that is), the black YSL, the Michael Kors croco with the pocket on the front, the leopard-print Ralph Lauren “Ricky,” the Antonio Melani “Abby” bubble croco leather, the huuuuge Andrew Marc, the exquisite Miu Miu with teal accents, the blood-red-patent Givenchy, the understated Dooney & Burke, the Tod’s Pashmy bag in black nylon, the adorable yellow Versace…and we still haven’t passed the table of contents or mentioned a designer more than once.

I love them all except the Bottega Veneta. Ostrich creeps me out.

In New York last summer, I convinced HH to join me on a chase through Chinatown after a man who approached us, murmured “ambag? ambag?” then stayed five paces ahead, looking over his shoulder frequently to make sure we were still there. First we went up a dark, skinny staircase into a small, dingy apartment and a back room where bags lined the walls. All knockoff Pradas with their labels on crooked and logo Coaches…feh. “Louis?” I asked hopefully. “Follow,” he said, leading us back out of the room and through the apartment and down the stairs and into the street, turn here, turn there, walk walk walk turn turn and into a street-level shop of some kind. Beads, maybe. A wall slid open to reveal another room full of Pradas and Coaches.

HH did not like our clandestine expedition, not at all.

To get that Louis Vuitton Babylone Tote, I'll have to join Bag Borrow or Steal.

I didn't used to care. I sold Coach bags at yard sales and mailed them to my former mother-in-law. Someone gave me a Fendi once and I must have given it away because I can’t find it anywhere (and I have looked). Years back I had a small Chanel clutch and matching wallet. Both gone. Where are they now?

Not long ago I saw a Martha Stewart program on handbags. She says it’s worth spending big bucks on a designer bag. She says it's a good investment. $1500 for a Zac Posen bag is not too much, says Martha. I disagree. It is too much for a Zac Posen.

Of course I know that fakes are never in fashion. And I find the fear of getting caught a powerful deterrent to criminal behavior. Would I have bought a faux Louis had the opportunity presented itself? Oh, probably not.
Posted by Pamela Espeland at 10:15 PM